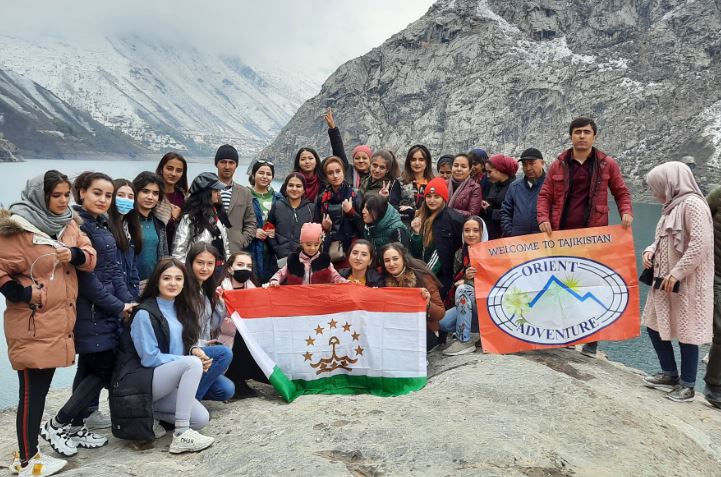 From October 9 to 11 under the guidance of the staff of the Institute, in the framework of the project "Development of professional competencies of the Tajik State Institute of Languages named after Sotim Ulugzoda by providing additional knowledge and skills" active female students of our institute had a recreation and travel to the tourist attractions of the city of Panjakent such as “Haftkul”, “Ancient Panjakent”, “Artuch Mountaineering and Tourism Base” and Mausoleum of Abuabdullo Rudaki).

The guide of the team Bobojon Malikov said that the project which was initiated by the Tajik State Institute of Languages and supported by the Ministry of Education and Science of the Republic of Tajikistan is timely and commendable, and the announcement of the Year of Rural Development, Tourism and Folk Crafts  has given country a great impetus.

During a trip to the town of Sarazm institute’s teacher Dilfuza Saidova said: "The ancient monument of the Tajik people - Sarazm is one of the great examples of world civilization, and according to archeologist Abdullojon Isokov, its people had a high culture, advanced urban planning and agriculture ..."

It should be noted that the celebration of the 5500th anniversary of ancient Sarazm is a wise initiative of the Great Leader of the Nation, Emomali Rahmon, and obliges each of us to preserve our ancient monuments and pass them on to future generations as a lesson in history.