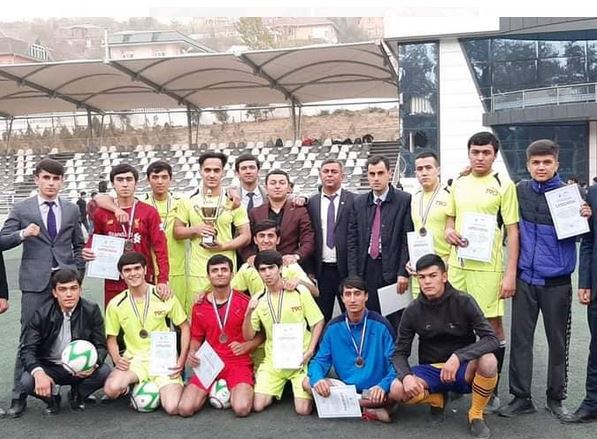 The final round of the football match for the Cup "Followers of the Leader of the Nation" among volunteers of higher education institutions of Dushanbe was held on November 10 at the stadium "Dushanbe Arena".

Among 18 teams of higher education institutions, the football team of the Tajik State Institute of Languages ​​named after Sotim Ulugzoda took third place and was awarded a trophy, medals and letters of commendation.