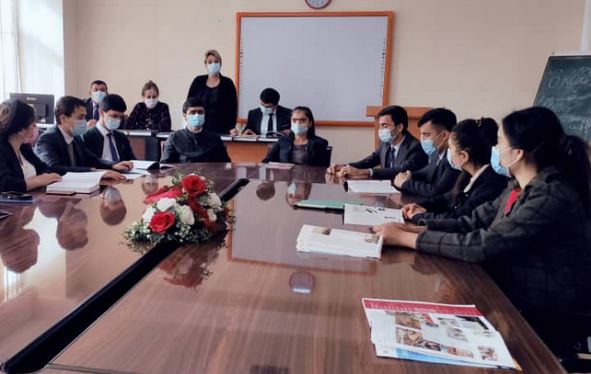 The Faculty of Russian Philology of the Tajik State Institute of Languages ​​named after Sotim Ulugzoda held a faculty round of the university competition "Patron of Independence and National Values". The competition was attended by representatives of the Department of Science and Innovation and veteran teachers as members of the jury.

It should be noted that the contest is based on the reading of 5 works of the great leader of the nation, Emomali Rahmon, such as "Language of the nation - the essence of the nation", "A look at the history and Aryan civilization", "Horizons of independence", "Tajiks in the mirror of history". and "State Language and Independence." P.s. We will report on the results in detail.