Cyberterrorism and ways of its prevention 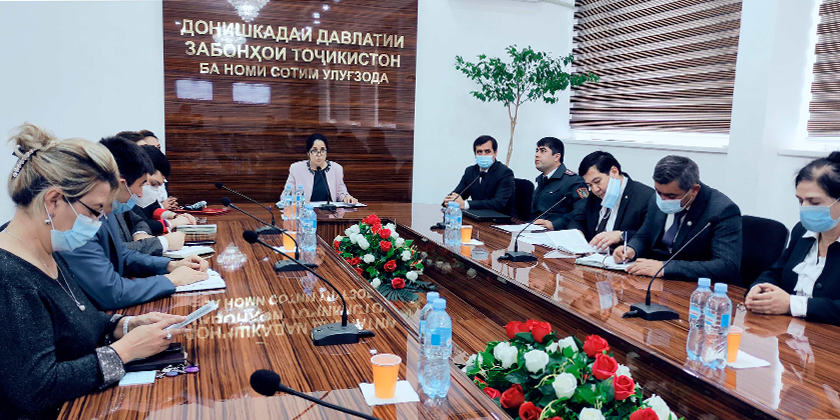 On 3  December there was held scientific and practical conference on the theme “The reason of  cyberterrorism, terrorism, extremism and ways of their prevention” at the Tajik State Institute of Foreign Languages named after Sotim Ulugzoda  where the rector of the Institute Jilo Gulnazarzoda, Deputy head of the drug Control Department and prevention of drug addiction of the Drug Control Agency under the president of the Republic of Tajikistan lieutenant Colonel Firuza Murodzoda, docent of the criminology and psychologists of the academy of the Ministry of the Republic of Tajikistan, police major Shokhrukh Akhmedzoda were present.

The rector spoke about phenomenon of violence in the world, as well as the dangers and consequences of cyberterrorism, saying that today we need to put national values above other interests and contribute to the progress and development of our country, with the political wisdom and deeds.

It was noted out that the danger of cyberterrorism as terrorism is a threat to the peace and security of countries around the world, and every country has taken decisive measures to eliminate it and is looking for the ways of its prevention.

Nazir Azimzoda Institute’s professor said that cyberterrorism most of all means an attack or threat against computers, computer networks and stored information.