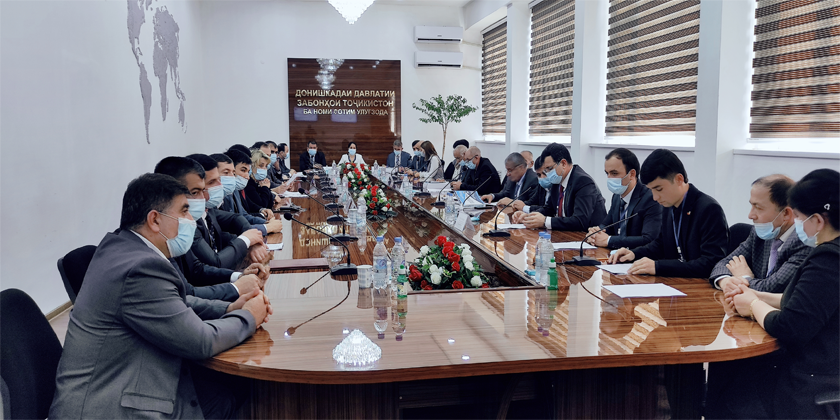 "Oriental philology on the path of culture and civilization" - under this title on December 22 hosted an international scientific-practical conference at the Tajik State Institute of Languages named after Sotim Ulugzoda dedicated to years 2019-2021 as the "Years of rural development, tourism and folk crafts" and the celebration of the 30th anniversary of state independence of The Republic of Tajikistan.

Opening the conference, Rector Jilo Gulnazarzoda said: “In modern times, one of the main features of it, is the globalization of the information space, reflections of the most important achievements, scientific and technical inventions, scientific conferences at the national and international levels, raising the level of knowledge and worldview of scientists and specialists, the education of national self-awareness are very important”.

-         The consistent instructions of the Supreme Leader of the Nation, Emomali Rahmon in the study of foreign languages and acquaintance with the culture and civilization of the world's multilingual peoples in the current context of Tajikistan's relations with various countries play an important role in expanding multifaceted cooperation and recognition of universal values – added Jilo Gulnazarzoda.

Deputy Minister Muhammadovud Salomiyon praised the process of holding the international conference and spoke about the language, translation and development of them since the independence.

Other participants also discussed “The role of national language and culture in the path of cultures and civilizations”, “The theme of Abdul Bismillah's stories and novels”, “Krishan Chandar's view of religious conflicts in India”, “China-Tajikistan relations during independence”, "Reflections of elements of Eastern civilization and national culture in the poetry of Naziri Nishapur" and "Translation and dialogue of civilization."

It should be noted that the conference was attended by representatives of four countries - Russia, India, China and Switzerland, who actively participated in the conference and delivered their speeches.

The conference continued its work in the afternoon in 3 sections, and its materials were published in the amount of 543 pages in three languages and made available to readers.