THE ENJOYMENT OF GUESTS FROM STUDENTS’ LANGUAGE PROFICIENCY 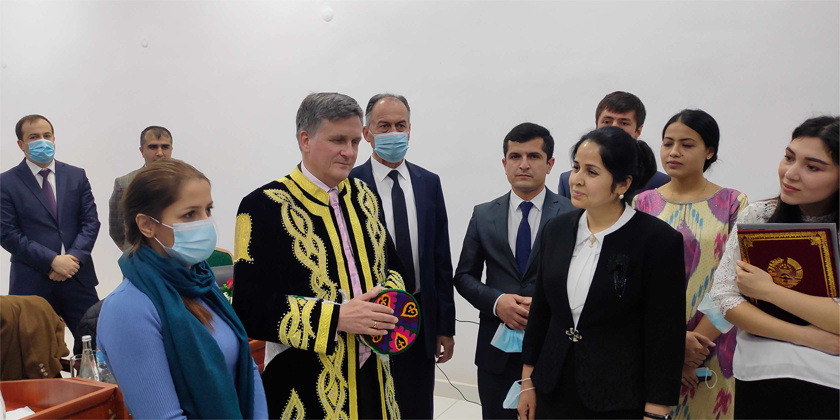 On December 18, the Rector of the Tajik State Institute of Languages ​​named after Sotim Ulugzoda Zhilo Gulnazarzoda and the Ambassador Extraordinary and Plenipotentiary of the French Republic to the Republic of Tajikistan Michel Taran took part in the club "Lovers of the French language".

Initially, the national anthems of the two countries were played, and then began the cultural part, in which students with their high skills and talents, reading poems, Tajik and European dances, educational scenes and other interesting programs attracted the attention of participants.

The winners of the French Language Week competitions were awarded letters of commendation and valuable gifts from the administration of the institute.

Speaking to students and teachers, the Ambassador said that the unique language and talent of students of the French language department is commendable, which testifies to the significant work of teachers of this linguistic institution.