THE ROLE OF INDEPENDENCE IN THE FORMATIONOF THE GOVERNMENT 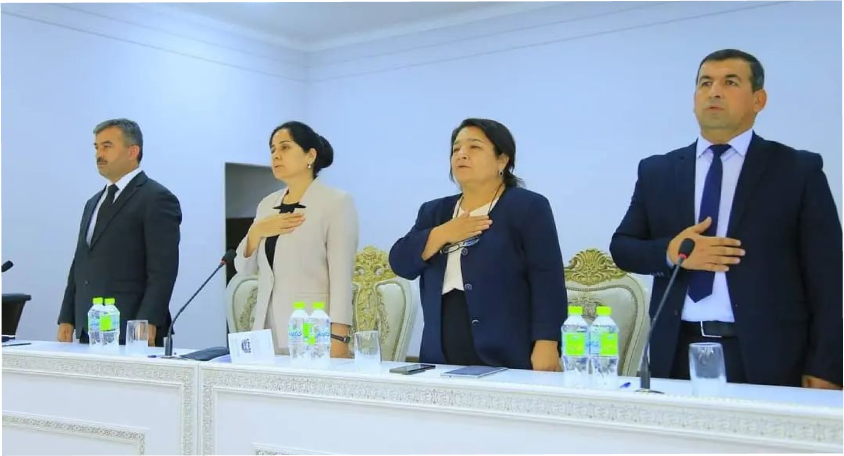 In the State Institute of Languages ​​of Tajikistan named after Sotim Ulughzoda, on September 8, dedicated to the 31st anniversary of state independence, a scientific-practical conference entitled "The role of state independence in the formation of national statehood of Tajiks" was held, in which the rector, professor Zhilo Gulnazarzoda and professor of the Institute of Philosophy, Political Science and Law named after A. Bahovaddinova, Muhiba Mahmadjonova participated.

The Rector of the Institute, Zhilo Gulnazarzoda, congratulated attenders on the occasion of this great national holiday and said: "Independence is the foundation of the consistencyof the state, stability of the nation and the honor of every citizen." We are proud of the independence of our beloved country and we strive for its preservation with all our being, because the independence of our homeland made us respectable and well-positioned on the world stage and contributed to its development and prosperity.
- The grace of independence is felt very well in our prestigious institute. For 31 years of independence of Tajikistan, our educational institution has developed and improved in all directions - the content of education and training, the content of instructions and programs, teaching methods, equipment and improvement, - added the rector.

In continuation, Doctor of Philosophy, Professor Muhiba Mahmadjonova spoke on the topic “The position of women in the development of science in the era of independence” and spoke about the achievements of women scientists in the era of independence, the development of Tajik science and initiative and the constant and incomarable support of women by the government of the country.

It was noted that the majority of women researchers and scientists received scientific titles during the period of independence, and this can be called the result of Independence and proof of support from the Government of the country.

It should be noted that the sign of "Excellence in Education and Science of the Republic of Tajikistan" was awarded to associate professors of the Tajik language department of the Institute Sharofat Jabborova and Gulrukhsor Abdulloeva.

In the afternoon, the conference continued its work in sections.