VISIT OF THE INDIAN AMBASSADOR TO THE INSTITUTE 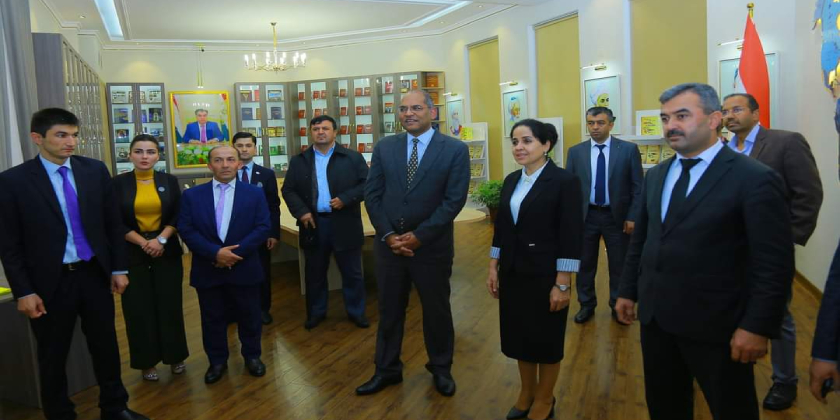 On November 4, 2022, the conclusion of the week of the Indian language was held at the Tajik State Institute of Languages named after Sotim Ulughzoda, in which Rector Zhilo Gulnazarzoda and Ambassador Extraordinary and Plenipotentiary of the Republic of India to the Republic of Tajikistan Viraj Singh participated and spoke.

As is customary, the national songs of both countries were played, and then the cultural part began, where the students delighted the audience with their language skills, high talent, reciting poems, beautiful songs and dances, and other interesting programs.

Further, the winners of the Indian language week competitions were honored with gifts.

Ambassador Viraj Singh praised the process of organizing the event, and during his speech in pure Tajik language, he expressed that he was aware of the high level of knowledge and talent of the students of the Indian language department, and that he assists their studies in terms of language learning and education at the bachelor's, master's and doctoral levels in the higher institutions of the Republic of India.

- I love your Institute and every time I come here I am very happy, - said the ambassador with a proud face.