The Lieutenant Colonel Vaslibek Nazrion: COMBATING CORRUPTION IS THE RESPONSIBILITY OF EACH CITIZEN OF THE COUNTRY 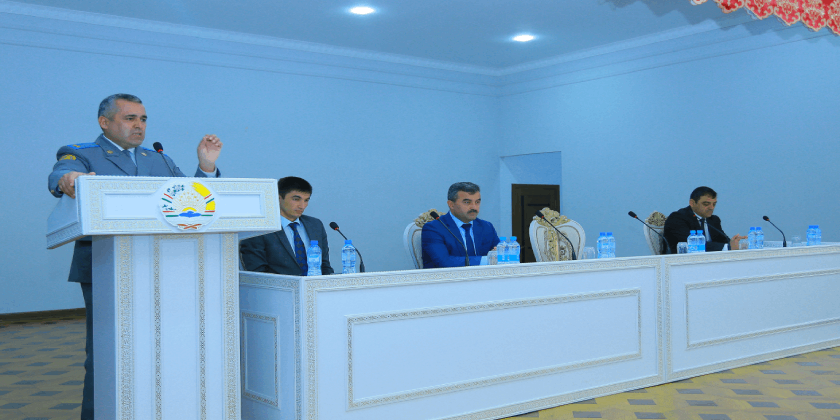 On November 30, 2022, a meeting was held with the participation of a representative of the Agency for State Financial Control and Combating Corruption of the Republic of Tajikistan  with employees, teachers and students on the basis of the plan-measures of the Tajik State Institute of Languages named after Sotim Ulugzoda.

The meeting was opened by the Vice-rector for Academic Affairs, Associate Professor Abdulmain Qayumov, who said that in order to prevent corruption factors various seminars, round tables and open classes are constantly held at the faculties and departments of the Institute.

At the end of the meeting, a free discussion and a question and answer session were held between the guests of the meeting and the participators.